I Don't Do Windows 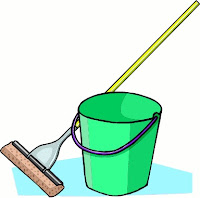 “I don’t do windows” is the punch line of many a bad “maid” joke but it’s also an accurate description of how many brands (and their agency enablers) view social media.

They’re used to marketing being a very predictable practice: you run a certain number of spots, get a certain number of impressions, sales go up a certain percent. If they don’t, it’s clearly the fault of the creative product. Getting people to remember your ad and watch it is something you accomplish with dollars: the more you spend, the more people see it.
That’s why it’s so tough for many of them to transition to a world where consumers are calling the shots. Where getting people to watch something isn’t a matter of spending money or sending out a set number of press releases.
Particularly vexing is the notion of creating value or whuffie or whatever you want to call it. That’s where brands and agencies get their backs up, because the notion of providing people with something that doesn’t contain a sales pitch for their product just seems wrong to them. They don’t really buy the whole notion that providing value is a form of sales pitch for their brand—they just see it as an imposition and a waste of time designed by know-it-all web types who want them to give away things for free when their Facebook pages and viral videos don’t work.
It’s difficult to appreciate the degree of resistance until you have to convince an agency and client team that’s happily bought into the idea of an online game based on their TV commercial-- one that requires users to scrub the pan clean with the new and improved Acme soap pad-- that in the real world, no one will actually want to play their game. Because, damn it, they have research that shows that people did enjoy playing it. (In controlled, in-person, focus groups, anyway.)

Fortunately, marketing people like to play follow the leader. And as more mainstream brands get with the social media program, you can point to efforts from brands like Coke, Pepsi, Red Bull, Southwest, Kashi and many more, as examples of “what you should be doing.”
Sometimes that will sink in. Other times they’ll explain that while that's all well and good, they still need to run all the tweets through legal.