It’s Not Who You Know 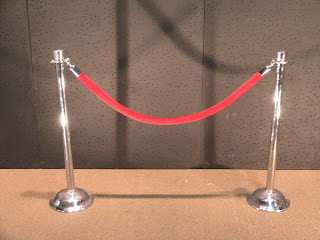 I’ve been noticing a spate of applications (or proposed applications) that want to take advantage of a users “social graph”—the people that they keep up with on various social networks.

Now this is a great idea for the type of people who have large and widespread groups of friends who happily do things like write restaurant and bar reviews on a fairly constant basis. And the people who propose these sorts of apps all seem to have just these sorts of networks.
But the average person doesn’t. Their social graph consists of their friends from childhood who’ve recently tracked them down on Facebook (or, if they're under 25, their entire high school senior class) a couple of neighbors and maybe some people they work with. If they’re on Twitter, it’s likely because they wanted to follow Oprah or Ashton: they’re not on there to “add value” or meet new and interesting strangers they can learn from.
Even those of us with full and vibrant social graphs may not want to tap our collective intelligence for things of a subjective nature. This was brought home to me the other day, when I was looking for a Manhattan restaurant recommendation and realized that I was far more inclined to reach out to the anonymous snarky women of YouBeMom or the foodies of Chowhound than I was to any of the non-anonymous people I connect with on Twitter. It’s not that I don’t like the people I talk to on Twitter, it’s just that I have no clue as to what their taste in restaurants might be like. Now if the question was “what's the best iPhone app for restaurant reviews?” I’d trust them wholeheartedly. Why? Because that’s their expertise. And because iPhone app preference is generally a lot less subjective.
This is not to say that relying on social graphs is, de facto, a bad idea. But before we anoint this the “new new thing” we need to think more thoroughly about the types of information people feel confident relying primarily on their social graphs for versus a relying on group of strangers who have a real passion for a particular topic.
We also need to think of whom the audience is: there will be people for whom the tastes and opinions of their social graph are very much in line with their own and who are uncomfortable with the opinions of any sort of “experts.” And then there are those for whom the exact reverse is true: people who are far more prone to trust the advice of experts, self-appointed or otherwise.
Bottom line is that even in the real world, there’s only a limited amount of trust you put into your social graph. (You may like your brother-in-law just fine, but could care less what he thinks the best new country band is.) Online too, the opinion of our socials graphs will be just one filter out of many we look to when making a decision.
at 7:41 PM