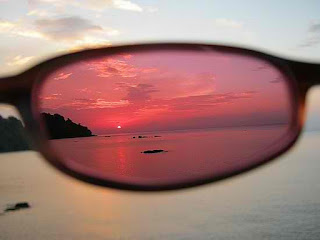 The ersatz Chinese proverb "May you live in interesting times" comes to mind when trying to find a way to sum up the wild ride that social media and social television have taken us on this year. The entire industry seemed to be in constant motion and keeping up with the multitude of peaks and valleys has become a full time job-- mine.

So after eleven plus months of watching all this very very closely, here’s my take on where we are, early December 2011.


Twitter: What's The Next Act?
Twitter seems to be in the least secure position of any of the major platforms. On a macro level, it’s never been able to move beyond being a 140 character broadcast medium. It’s incredibly polarizing: people seem to either love it or hate it in a way you don’t see with other social networks.

Twitter’s popularity also creates problems: the more people tweeting, the less likely it is that you’ll see any one particular tweet. That’s an issue for brands in particular, whose social media marketing plans rely on people seeing their tweets. Which makes it a problem for Twitter.

And if all that wasn’t bad enough, the platform is becoming as well known for celebrity mistweets as it is for enabling Arab Spring.Whether APlusK’s departure is permanent and if it will be looked at as the moment Twitter jumped the shark remains to be seen. But it’s definitely not a good sign, as Kutscher was one of the few celebrity users who generally had something intelligent to say.

Twitter’s other issue is that there have been no real innovations to speak of over the past few years. Yes, they’ve given you the ability to see who retweeted your retweet, but something like the ability to send tweets to a specific group of people or a “reply all” feature would be the sort of noticeable change that would prevent the platform from going stale.

That’s why I don’t feel as sure about Twitter’s future as I do about other social platforms. When the social web was first starting, it was a great tool to find other like-minded people, blogs, and articles. It still serves that purpose to some degree, but the mainstream has yet to find a real use for it beyond analyzing celebrity tweets, playing hashtag games and fomenting revolutions.  Unless Twitter makes some very significant changes to the platform, I can see it slowly fading away, MySpace style.

Facebook's Chameleon Act
Facebook, on the other hand, has done anything but stagnate. They’re constantly shaking things up, much to the consternation of their 800 million or so users. While it hasn’t been rolled out nationally yet, the new Timeline feature is going to rock a lot of worlds. Ditto the smart lists.

I do wonder, though, why Facebook seems to do everything in a way that feels so Microsoft, you know that “the hell with the user” mindset. Take their recent introduction of Smart Lists, their answer to Google Plus’ Circles. It’s a great idea and it definitely makes Facebook much more useful: I can post work-related articles to a Work list and none of my friends will ever have to see an article about IPTV again.

Which is great, only I have to create the Work list myself. That’s because Facebook automatically creates a separate Friend List for every entry in your employment history. A list you cannot delete. Ever. (You can rename it and even delete everyone on it, but it stays there. And Facebook-created lists always show up before user-created lists.)

Point being, they took something that should have been a really user-friendly enhancement and made it into a hassle. The whole notion of not giving users the ability to delete or hide an unwanted feature is just so typically Facebook. Ditto not realizing that the “Public” option is sort of worthless in creating a Twitter-style feed if you can’t alter it to say “Public + Work Friend” or “Public + Fellow Giants Fans” - someway to combine the people who are asynchronously following you with the people you are actually friends with who might be interested in the topic.

Facebook’s Microsoft-like tendencies notwithstanding, there’s a lot they’re doing right. Platforms that stand still risk being seen as dated, no matter how popular the current iteration might be. So while users may go kicking and screaming into the new Timeline feature, Facebook will not run the risk of being seen as staid.

The other brilliant thing Facebook has done is “frictionless sharing” via the ticker so that every Spotify song you listen to, every Washington Post article you read, is entered into their magic database. Now eventually we’ll get sick of this, the way we got sick of seeing FourSquare checkins anywhere other than FourSquare (and similarly, that will go in waves - first early adopters, then the mainstream, etc.)

What it does though is change our definition of privacy and make yet more actions public, actions that don’t initially seem like that big a deal, but taken en masse, add up. To wit, I don’t really care that anyone knows what songs I’m listening to on Spotify: my taste is not that radical and oftentimes the phone rings, I put down the headphones and an hour later Spotify has me listening to the same 3 songs 15 times over. (e.g. it’s not always the most accurate gauge.)

The flip of that, of course, is that the complete list of everything we listen to, read or watch is not the stuff of everyday conversation and can start to feel very Big Brotherish. But it seems to have gone down pretty smoothly with most users, in part, I suspect, because what you watch/read/or listen to all has some sort of cool factor we don’t mind sharing. So at worst, all frictionless sharing is doing is making us a little more self-conscious about our selections.

The brilliance however, is not in making us embarrassed to listen to Katie Perry, but rather making that information available to our social graph as a recommendation engine. So if we’re looking for a movie to watch and 8 of our friends have recommended “Inflection”, 4 of whom we tend to trust, that creates a whole new method of finding content. Online peer-based recommendation engines have always suffered from a lack of data (it’s hard to gauge a restaurant based on 2 reviews.) Frictionless sharing’s brilliance is that it finally gives these engines enough data to be useful. And if sites give them to tools, users will eventually figure out how to turn off the stream when they’re just browsing, so the content that’s associated with their names is something they would actually recommend or at least not actively dismiss.

My final thought on Facebook is that it’s not going away anytime soon. People often make the analogy to AOL, but there’s a big difference: AOL helped people navigate the web when it was still uncharted territory. They also charged for it. AOL was brought down by Netscape, Yahoo!  and a host of low-price ISPs who allowed people to have a better experience for a lot less money.

Facebook has no similar issues: it’s free and people don’t seem to want to have to deal with multiple specialized social platforms. So Facebook’s size doesn’t seem to be working against it. And while it’s fashionable to complain about people you haven’t heard from in 20 years tracking you down on Facebook, there’s also something very comforting about having the same people who wished you Happy Birthday when you were 9 back to wish you Happy Birthday again. Even if that’s the only real contact you have with them all year. Oh, and did I mention Facebook was free?

Google Plus: Oh Right, We Built A Social Netwok!
Facebook’s only possible competition comes from someone doing the exact same thing, only better. Which is what Google Plus hopes to be. Like so many Google projects, it reminds me of nothing more than a five year-old’s sand castle: started in a flurry of activity and all but abandoned when something more interesting came along.

Google Plus started out brilliantly. The whole exclusivity, “we’re only opening this up to a few select people” was genius. People were clamoring for invites. I actually heard someone refer to the first wave as the “June invitees” as if they were the latest branch of the Mayflower Society.

At the same time though, they introduced Twitter-like asynchronous following, which was (a) confusing and (b) counterintuitive. (If the point was to make the experience more personalized, why launch with something that simultaneously makes it less personalized.)

In that vein, they forgot to let you silence people in your default feed. (Even Facebook had a “Hide” button). So despite neatly organizing everyone into circles, your home page felt like a more cleanly designed version of the chaos that was FriendFeed.

Google also didn’t allow brand pages. So if you weren’t interested in the latest Mashable story on Chrome extensions for Instagram, you really had no reason to be there.

And then Google did the sandcastle thing: they seemingly forgot about Google Plus for a couple of months, till a goodly number of people had stopped checking it or posting to it, and then they suddenly remembered it was there and introduced brand pages and a few other significant changes. (Games was another sandcastle move: they introduced a Game section shortly after launch, but never expanded beyond a dozen or so basic ones.)

Only by that time, it may have been too late. Anecdotally, people I know who are not in the tech/media world are unaware of GooglePlus (at best they think it’s some sort of pumped up Gmail program.) And even the people in the tech media world are kind of ambivalent about it. What’s worse, Robert Scoble, the man who declared FriendFeed to be the second coming, recently anointed Google Plus. Which is about as close to the kiss of death as you can get with a tech platform.

It’s too bad though: Google Plus had some real potential and a lot of well thought out features. And it’s always nice to have some options: it keeps everyone on their toes and it prevents companies from acting in the imperious way monopolies often do.

At this point, Google will need to come up with a real Hail Mary play to revive Google Plus. Which I’m thinking hinges on them getting Prom King Brands to be major players: sports teams, rock bands, TV shows - the sorts of things people who aren’t in the tech/media world like to talk about and then build out from there.

That’s it for Part 1. Next out is a look at what’s been going on in the world of Social Television and how that’s affecting social media and technology in general.