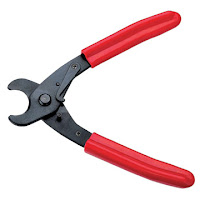 There’s been a lot of noise this week around an article (registration required) by noted analyst Rich Greenfield claiming that 2012 will see the launch of an internet-based MSO (multi-system operator, e.g. a large pay TV provider like Comcast or Time-Warner.)

It’s an interesting argument, one that all but guarantees a lot of buzz since so many would like to see it happen, but I’m just not seeing it.

Greenfield’s argument is that virtual MSOs will be considerably cheaper and more user friendly:


(V)irtual MSO pricing to the consumer will be substantially lower, subscribers will receive a significantly better user-interface/navigation across a wide-array of IP-enabled devices in the home and service will be accessible anywhere in the US, rather than being stuck in a certain region.

I’ll buy the user interface argument… maybe-- existing pay TV operators are putting a lot of time and effort into improving that experience precisely because they know it’s an area they are weak on.

But price? That’s where I have trouble with his logic.

You see most people in the U.S. have their broadband and television service from the same provider (looking at Comcast’s subscriber figures, it seems that somewhere around 70% of its TV customers also get their internet from Comcast.) The advantage to this is that the providers discount the cost if you choose both services, with an even deeper discount if you get phone service thrown in (the “Triple Play” deal.)

So for Greenfield’s virtual MSO to work, I’d have to drop the TV part of my bundle, which automatically raises my monthly cost for my newly unbundled internet. At which point I am at the mercy of my internet provider, who, in the face of heavy amounts of streaming by TV viewers, will likely institute bandwidth usage caps and charge me every time I go over my limit. Which, if I’m a fairly heavy TV viewer, or part of a family, is a likely option. (Pay TV operators like Time Warner and Verizon are not going to give up the money they make on TV subscriptions without figuring out a way to get it back on internet fees.)

So there go all my savings.

In return, I may get a nicer interface, but I lose out on picture quality and on the number of channels I’m getting – the virtual MSO is likely to start out with a very scaled-down package and may not get ESPN or other sports networks to sign up. (Live sports being a common reason people have for not giving up their pay TV subscriptions.) In addition, I have a new stressor each month: am I going over my allotted bandwidth amount

If you're a single person who doesn't watch a lot of TV, this new set-up will be perfect for you and may indeed allow you to send a message to Big Cable.. But for a family, where each member has a completely different set of channels they watch, sending that message is going to prove to costly and inconvenient.

There's also the technophobe factor: for a lot of people installing something like a Roku box and having that be the sole source of a TV signal is a serious source of anxiety. Having an actual "cable guy" come in, install the set top box, explain how the remote works and how to program the DVR is a real source of comfort to many and one of the existing pay TV provider's big advantages.

What we are likely to see is a scaled-down, internet-only subscription service from one (if not all) the major pay TV providers, a service that is heavy on the VOD content and is delivered via Xbox, PS3, Roku, Boxee and similar devices.

It will basically serve as an option for cord-cutters who don’t want to totally abandon live TV while allowing pay TV operators to sell their newly expanded VOD offerings to people outside their current geographic zone. And maybe take a bite out of Netflix while they're at it.

Verizon has already started down this path: anyone with a valid credit card can buy or rent their FlexView movies via Xbox or via their iPad app. So it's only a matter of time before everyone else gets on board.

These new services may well prove popular with consumers who don’t watch a whole lot of broadcast television but still want to be able to see the local news. They’ll compete with Netflix and Amazon and other movie providers (or they may be Netflix or Amazon) rather than Comcast and DirectTV– either way though, calling them “virtual MSOs” is quite a stretch.

Though it does make for good headlines.
at 7:32 AM

Labels: Convergence, Not Everyone Is An Upscale Urban 30something White Male Hipster, Social Media Is Only Social If You're Alone, Social TV