Why A Suggestion Engine Is Different Than A Recommendation Engine 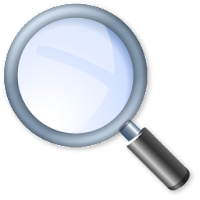 While the terms “Suggestion Engine” and “Recommendation Engine” are used interchangeably, they actually refer to two very different behaviors and desired outcomes.

A “suggestion engine” is for those times when we have a fairly specific idea of what we want and are in active search mode.

A “recommendation engine” is for those times when we are already doing something (shopping, watching, listening, reading) and basically says “here are some things you might enjoy the next time you decide to shop/watch/listen/read.”

That distinction shows that the suggestion engine is far more valuable, because it comes into play in response to an active request on the part of the user. A recommendation engine is far more passive: the user is not actively looking for any additional input: if the engine shows them something that they wind up being interested in, that’s just a lucky strike extra.

To put a real world face on these terms, Jinni is a good example of a suggestion engine: you give it input (e.g. “I’m looking for a comedy set in England in the 1960s”) and it will come back at you with a list of movies that meet that criteria that you can access immediately. If you’ve included social graph data, it can indicate which of those movies your friends have watched and what they thought of them. There’s an expectation from both the user and the software that the suggestion will be acted on immediately.

A subtle distinction, but an important one.
at 3:42 PM