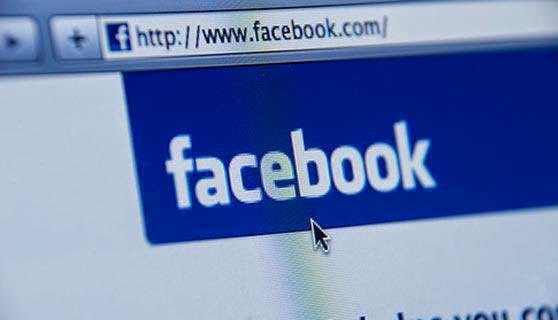 Co-written with Jesse Redniss, this was originally published at ProMaxDBA on March 26, 2015
It’s 2015, time to turn on Facebook TV. Over the top, personalized and in your stream. Just a few months into the year and the noise surrounding Facebook’s drive to video has already intensified.
When we last posted back in January, we were seeing major media companies utilizing Facebook’s native video player, and ending their strategy of posting video content solely on YouTube, a trend brought to life by the astonishing fact that Facebook’s native video views had jumped from 1 billion a day in September 2014 to 3 billion a day at the end of January 2015.
So let’s take a look at what our friends in Zuckistan have been up to:

The Livestream Experience
Livestreaming is what all the cool kids are doing these days and Facebook getting a piece of the action. For the second year in a row, Facebook is partnering with HBO to host the red carpet live stream of the Game of Thrones U.S. premiere. They are creating a fully interactive experience, with the show’s stars answering fan questions through Facebook and sibling platforms Instagram’s networks.

This is an attempt to move the social TV focus away from Twitter to Facebook, a platform that has traditionally served as a place for users to share thoughts with their friends. Opening up the platform — and the chatter — to the general public is a BRaVe move and Facebook will have to actively encourage users to think of them in this way.
The fact that the Game Of Thrones event is a Facebook exclusive will help too: Facebook put a lot of effort into their Super Bowl and Oscars experiences, but neither was a smash hit and rival Twitter still seemed to be getting the lion’s share of attention. This time though, there is no Twitter, so Throners should be flocking to Facebook. It may not be Meerkat, but it’s the only place to watch the livestream.
This Just In
The other big video news out of Facebook is that they will be running original programming from MSNBC and other news organizations. In fact, MSNBC’s two newest programs will debut on Facebook before they appear on TV or anywhere else.
The trick here will to be to get users to start thinking of Facebook as a media outlet, not just a social network. That’s easier said than done: how do you train people who are used to going to Facebook to see how many “Likes” their latest vacation photo got to go there to watch MSNBC? And while the content is still short form (one or two minutes at most) the habit is a new one.

How Facebook surfaces the videos will be of interest: are they at the top of subscribers newsfeeds every morning or do they just appear randomly in the newsfeed according to the algorithm? The former will let viewers know that this is something new and different and should be better at getting them to change their behavior.
This Too: News From F8
Facebook made several newsworthy announcements at this week’s F8 conference. We will topline the highlights here and explore them in depth in the weeks to come.
Embeddable Video: Now you can embed Facebook videos directly onto a third party site. This will be huge for spreading clips on fan blogs and news sites and presents a real challenge to YouTube who has made excellent use of this functionality for years.
Embeddable Comments: Along with embeddable video, users can leave comments on those videos on third party sites using their Facebook IDs, said comments coming back to Facebook to complete the Circle of Life.
Messenger Apps: 3rd parties can create their own apps using Facebook Messenger and use that platform as their main way to communicate with customers. Look for this to be a big OTT play and part of a log-in-with-Facebook data capture play too.
Spherical Videos: While not widely understood, these immersive multi-camera videos work with Oculus and immersive videos equal immersive fan experiences so they will be getting a lot of attention in the months to come.
YouTube vs Facebook: Discovery
Last week, Wall Street research firm, Nomura, forecast that by 2017, Facebook will reach $3.8 billion in video advertising revenue while YouTube will be at $8.5 billion. So while a Facebook victory does not appear imminent, the battle is just heating up.
The biggest distinction between Facebook and YouTube is in terms of intent and discovery. Users go to YouTube with the sole intent of watching videos and search for videos on their own, creating their own personlized viewing experiences.
Facebook, on the other hand, curates videos for their users: the videos show up in the Newsfeed based on what the Mighty Algorithm decides that particular user might want to see. There’s no real way to search for video: you either watch what they give you or you don’t.

In many ways, the difference between the two services is like the difference between Spotify and Pandora. YouTube is like Spotify: while there are channels and pre-selected playlists, the beauty of the service is in being able to do your own thing and choose the exact videos you want to see.
With Facebook, like Pandora, you are relying on the service to curate for you. If they’re accurate most of the time, you’ll stick with them, as it’s a lot easier than sorting through things yourself.
Is one model superior? Not really, and we predict most people will make use of both, depending on their mood.
YouTube vs Facebook: Interface and Innovation
The other difference between YouTube and Facebook is around the interface: Facebook keeps tweaking theirs while YouTube still looks a lot like 2004.

That may be changing however, as the platform recently rolled out a “cards” function; the plan is for this new feature to eventually replace annotations. It’s much slicker, way less 90’s and shows us that YouTube is indeed interested in keeping up with the Joneses. Our suggestion for Phase 2: get rid of the anonymous comments, home of some of the internet’s nastiest trolls and a reason why millions of people posted their ALS Ice Bucket Challenge videos directly to Facebook.
Not to be outdone on the innovation front, Facebook just launched a product called Topic Data in conjunction with social data firm, DataSift, The product taps into Facebook’s firehose of data to produce anonymized reports of what’s being discussed on the platform. This deeper insight into what’s being buzzed about gives marketers and advertisers a better idea of the type of content to use to target their demographic, making Facebook a more efficient platform overall.
Facebook is also experimenting with autoplay video, something we predicted a while back. According to a story in Recode, Facebook has been testing a Netflix-like system whereby new videos automatically start playing one after the other, creating a TV-like experience. We think this is a great move for Facebook as it, more than anything, will get users thinking of the platform as a video source.

What’s Next
While Facebook’s attempt to challenge YouTube is moving full speed ahead, they’re not the only ones looking to unseat the champion. Twitter, Snapchat and Meerkat are all waiting in the wings, along with startups like Vessel, all happy to give creators more than just 55% of revenue. YouTube won’t go down without a fight, but right now, Facebook seems to be a more formidable competitor.
Especially if they figure out livestreaming.

Labels: Convergence, Social Media Is Only Social If You're Alone, The Business