The Pictures Get Even Smaller: Video Stars Take On The Movie Industry 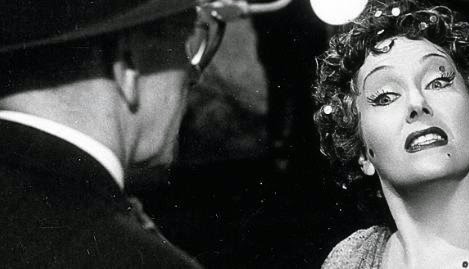 I spent the day at BBTVCON, moderating a panel on 2nd Screen (more about that later) and attending the fascinating opening keynote by Awesomeness TV’s Chief Digital Officer, Kelly Day
We adults hear a lot about YouTube, Vine, Instagram and Snapchat stars, but their appeal is often lost on us. Day gave the audience some excellent reasons why we should rethink that and how companies like Awesomeness are rethinking the entire way movies are made.
The case study Day offered up concerned the movie Expelled, starring Vine star Cameron Dallas, a 20 year old who often appears shirtless in his Vines. Dallas’ fan base, according to Day consists mainly of 14 year old girls who idolize him as if he were the sixth member of One Direction.
Dallas’ numbers are amazing: 7.1 million Vine followers, 5.8 millionInstagram followers, 4.49 million Twitter followers, 3.2 million subscribers to his YouTube channel and 2.1 million Facebook fans.
Last fall, the Awesomeness team set out to make a feature film starring Dallas, directed by YouTube phenom Alex Goyette.
The team operated on a very compressed timeline: the movie was greenlit at the end of August, went into production about 3 weeks later, wrapped in early October, had a trailer out a month later, had its theatrical release on December 11th and was released on VOD and DVD on December 26th.
But here’s where it gets really impressive: just 12 hours after its VOD release, Expelled knocked Guardians of the Galaxy out of the number one spot on iTunes and remained in the top 10 for the next four weeks.
And while Day declined to offer up a production budget (someone asked) it’s clear the movie was made for a whole lot less than your typical Hollywood blockbuster.
Here’s the thing about Vine and YouTube stars: most of them don’t translate well to movies or scripted television. But the industry doesn’t need most of them to. It just needs a small handful of them every year to keep the system humming.
And because these stars come with millions of social media followers, they have a built-in marketing team that can all but ensure the success of their projects: there are few fans as passionate as 14 year old girls. (Though in Dallas’ defense, the Village Voice offered a very positive review of both his acting and Expelled.)
That’s a huge paradigm shift, making second screen platforms into a farm system for Hollywood.
Those platforms all offer a world of data too, everything from who the fans are to where they live, what brands they like, their tastes in music and fashion — literally thousands of data points that can be used to shape everything from marketing tactics to production to storylines.
Meanwhile back on my panel, entitled “The Real Reason You Need To Care About 2nd Screen,” I was joined by Seth Shapiro, Governor of the Interactive Division of the Television Academy, John Roberts, Chief Digital Officer at Bunim-Murray, David Williams, Chief Content and Technology Strategist at Endemol Beyond and Jeff Schultz, VP of Business Development at CBS Interactive.
It was a wide ranging discussion that covered everything from why the initial round of 2nd screen apps didn’t really work (too much work for viewers, not enhancing their enjoyment of the show) to the likelihood that audiences will be watching shows like Lost and Game of Thrones fifty years from now and how that needs to be reflected in the 2nd screen experiences.
Schultz brought up some excellent points about the usefulness of discovery as part of the 2nd screen experience.
CBS owns TVGuide.com and by just looking at which new shows have been added to users Watch Lists (and which haven’t) they are able to project which new shows will succeed and which will be the first to get the axe. That’s an excellent example of how 2nd screen data is proving to be a valuable resource for the industry.
Data was the theme of the rest of the hour-long conversation, how the industry now has a feedback loop and a way to understand what audiences want and how we can use 2nd screen to learn while enhancing viewers’ enjoyment of the show.
Kudos to everyone on the panel — the feedback I’ve been getting has been universally positive and we provided many excellent examples of how 2nd screen is all about the data. Nicely done.
Originally published at www.2ndscreensociety.com on March 5, 2015.
at 12:22 PM

Labels: Convergence, Not Everyone Is An Upscale Urban 30something White Male Hipster, VOD