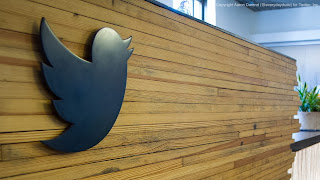 Twitter announced its latest earnings this week, and the one thing that stood out during the call was the lack of any significant user growth. In addition to sending Twitter’s stock prices downwards, the revelation served to highlight the social platform’s biggest problem: its inability to attract a broad user base of the sort that might prove useful to the television networks they’ve spent so much time and effort trying to attract.

Adding insult to injury, Twitter released its first ever TV commercials on Tuesday night during Game One of the Mets-Royals World Series and the spots, which focused on Twitter’s new Moments feature, were routinely trashed. “Confusing” and “Incomprehensible” were two of the more printable epithets.

While many observers blame Twitter’s problems on the fact that it is can seem impenetrable for newcomers, I think the problem is more basic than that. I think Twitter’s problem lies in the fact that only a certain percentage of the population is comfortable putting their thoughts out there publicly and there’s nothing the platform can do to get them over that psychological barrier.
So rather than fight that problem, Twitter needs to roll with it. They need to make it easy for people to become “read-only” members, creating a version of the app that allows them to read tweets and possibly favorite them, without any pressure to retweet or respond.

That means accepting that for many users, Twitter will be a broadcast medium rather than a social one.

I don’t see that as a problem however, as given the large number of celebrities and media figures already on the platform, Twitter already functions that way for many users.
What’s more, this setup will make Twitter a more attractive platform for TV networks, who are looking to use it as a way to drive tune-in. By giving users a way to see all the second screen content a show is putting out, while receiving notifications each time their favorite shows and/or actors update their accounts, Twitter can give TV networks the type of delivery system they’re looking for.

This will be a win for both parties, for as I outlined in my recent report on Social TV, Twitter is currently headed for a significant decline as linear viewing tapers off (making a real time platform less relevant) and as networks increasingly see social as a paid platform (making their stagnant user base less attractive.)

A Change Has Got To Come

A read-only platform does not have to mean the end of Twitter as a social platform for those who want it. But if Twitter is serious about growing its user base, it will need to become proactive about creating a user experience that appeals to a broader base of users. This is critical, as one of the frequent complaints about Twitter that I hear from network executives is that the current user base consists of dozens of niche “villages” created by specific types of users, making it hard for programs who don’t hit those demographics to get any sort of traction on Twitter. A broader, more accessible platform will eliminate that issue.

To learn more about the future of Social TV, check out my new report at TDG Research
at 2:08 PM

Labels: Social Media Is Only Social If You're Alone, Twitter

One of the reason of Twitter's popularity being declining is its user interface. It is not that attractive. In some of the countries people spend very less time on twitter as there is no way to direct chat with other person. Now a days individuals prefer to have ways to directly contact whom they want!