Why We Need A New Definition For “Pay-TV” 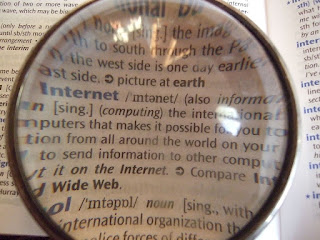 It seemed, for a while anyway, that the Great Cord-Cutting Scare of Q2 2015 was an anomaly, and that the MVPDs had managed to successfully stem the number of defectors. But then Dish released its Q3 figures and a prominent analyst examined those figures and then re-examined them and announced that Dish indeed had suffered greater losses than anyone had expected, single-handedly doubling the number of Q3 cord-cutters.

And are those stats a reason to resume the ‘Sky Is Falling’ chant or does the industry need a new definition of what constitutes ‘pay-TV’?

Sling Is Still Pay-TV
The most knowledgeable estimate indicated that while Dish has lost nearly 180,000 subscribers, Sling (its wholly-owned broadband-only product) had gained 155,000 subscribers, for a net loss of only 25,000 for the overall Dish empire.

Given that Dish’s main selling point is the low price of its service, it’s not surprising that many of its subscribers turned to the even-lower-priced Sling option. I’d also argue that those customers, who are paying somewhere between $25-$50 a month for the service, are still pay-TV customers. Their service may come over the internet and it may consist of a very skinny bundle of channels, but in many ways it is more like traditional pay-TV service than most of the current cable and telco pay-TV systems.

Sling does not have DVR or VOD capabilities for most of its channels and thus all of its programming needs to be watched live, with all the commercials intact. That sounds a lot like pay-TV to me, especially because all the revenue from Sling is going into the pockets of Dish, an established player in the pay-TV space.

I’d make the same argument about Verizon’s new Go90 service and Comcast’s Stream, the latter in particular as it offers all four of the major broadcast networks and HBO. These broadband-only services may have a different delivery method than cable or satellite pay-TV, but beyond that, the product is essentially the same.

A Blurry Line
As we move forward, the line between what constitutes pay-TV and what doesn’t will continue to get blurrier. MVPDs are already beginning to offer Hulu, Netflix, Amazon and other services that had previously only been available via separate OTT subscriptions. That trend will no doubt continue since it’s easier for all parties involved: the MVPDs get to keep their straying customers, the streaming services get additional sales and billing support, and the consumer gets a better price and a single bill.

As such, I’d propose a new definition of pay-TV: any service that offers an array of options from a variety of established TV content providers. This service can be as skinny as Sling or as broad as FiOS Platinum, but if you’re buying the right to watch network programming from someone who is aggregating rather than creating said content, you’re buying pay-TV.