Week In Review: Reports Of It’s Death Have Been Greatly Exaggerated 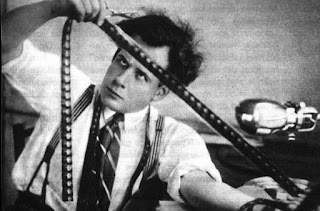 #3 in the TV Week In Review series at TV[R]EV. Where you get the best insights into the [r]evolution in the television industry from people who actually work in it.

This has got to be a most excellent week if you’re a TV executive. There’s been a slew of good news, starting with the fact that ad revenue is up. Way up, according to Ad Age, despite the fact that ratings are down and networks are starting to run fewer commercials.

Ad Revenue Is Up
What’s responsible for this seemingly logic-defying development? It looks like advertisers have finally discovered that nothing gives them the reach and frequency that TV does, even with diminished ratings and less people watching in real time. That’s something TV executives have been saying for a long time, and the ad industry seems to finally be listening.

That’s good news for a number of reasons, among them, it gives credence to the industry’s Holy Grail, that as digitally-delivered television becomes more common, they’ll have more and better data on users and will thus be able to deliver fewer but better targeted commercials, which they can then charge more money for.

Fewer, Higher-Priced Commercials
The “fewer and better targeted” piece also seems to be coming to fruition, as several networks announced that they were cutting back on their ad loads. And while some are quick to see that as a reaction to Netflix and other ad-free services, it’s also a smart business decision: the fewer spots there are, the more valuable those spots become, regardless of how many people are actually watching.

Nothing’s Getting Cancelled
The final piece of good news this week is the fact that no new shows were cut from the networks’ rosters as of this week. That’s the first time that’s happened since the early 1950s. And it’s not because the network programming execs suddenly got really good at their jobs. It’s because the networks, in their infinite wisdom, are finally realizing that the current ratings system is no test of how popular a show is — or will become. They’ve come to believe in the power of the long tail, the notion that a show may actually pick up an audience weeks or even months after it first airs. By letting even low-rated series play out, the networks give them a chance of succeeding in the ensuing months, and, if nothing else, are creating an asset that can be licensed (or even revived) by an online service.

That’s a serious sea change in the way networks view programming, new programming in particular, and that shift to acknowledging, accepting and embracing the long tail, will change the ways shows are chosen, produced and marketed, making the need for an immediate embrace obsolete.

Singing The Yahoo Blues
Three BRaVe Venturers weighed in on this piece over at The Wrap by our friend Jordan Chariton. Andy Marks, Jen Kavanagh and Alan Wolk all reached a similar conclusion, that Yahoo tried to do too many things at once all but assuring they did a half-baked job on everything, and, in trying to both please their current audience while attracting a new one, managed to do neither. Well worth the read.