It’s The Newfronts vs The Upfronts And No One Wins 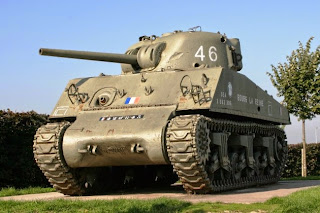 It’s almost comical. Watching executives from both networks and MCNs up on stage gloating about how no one really watches the other ones commercials. “Viewability” vs “Skippability” and statistics about how much branding you can sneak into a 3 second glance.

I say almost comical because somewhere north of $100 billion is riding on this and if they really want someone to point a finger at, his name is Reed Hastings.  Netflix is the real reason we’re even having this conversation, having spent the last three or four years teaching over 40 million people to enjoy watching television without commercials and I can’t emphasize just how radical that is and how much of a threat to the current business model. Skipping through commercials is very different than not seeing them at all.

Skipping means the commercials are still there and you still have to fast forward past them, even if your remote now lets you do that in 30 second intervals. You’re aware you’re skipping, aware the narrative has been broken, aware that some brand interrupted your favorite show. That’s as true on television as it is on the web, where publishers often act as if asking us to sit through a 30 second commercial in order to watch a two minute video clip is somehow okay. (It’s not.)

It’s not just Reed Hastings. As lines between work and home get blurred, as we move to being connected 24/7, we just don’t have time for commercials anymore. Certainly not the 8 minutes out of 22 the networks expect us to watch. Commercials may have made sense in 1971. We didn’t have email or text messages or Facebook or Twitter. But in 2015, they seem out of date, like a leftover from another era. (Looking at you, Don Draper.)

And that’s a problem because the industry (both sides of it) relies on ad revenue to stay in business. Fortunately there’s a solution.

#CreatedWith means using celebrities (of both the Hollywood and YouTube ilk) and allowing them to create something around a brand that’s more entertainment than sales pitch. The brand is in there, but the video isn’t about the brand: it’s about something the brand’s target audience wants to see.

While #CreatedWith content has been around for a while, the concept had its Broadway debut (so to speak) during the Grammys when Target bought eight adjacent 30 second spots and ran a four-minute Imagine Dragons concert instead of a 8 commercials. That was a watershed moment, one that signaled a huge shift in the way we look at advertising and television,  but the Hatfields and the McCoys of the upfronts and newfronts never mentioned it, choosing to point out each others flaws instead.

Which is too bad because there’s so much potential in #CreatedWith, so much opportunity to break down the walls between television and digital video. Those walls are already coming down: is Hulu TV or digital video? What about AOL? Yahoo? There’s a lot more gray than black and white.

We’re thinking that this is the year TPTB on both sides start to realize where their interests lie. The year they start giving #CreatedWith a lot more than a polite nod and smile. So that the upfronts and newfronts in 2016 focus on what they’re each doing right. Not what the other guy is doing wrong.
at 4:42 PM