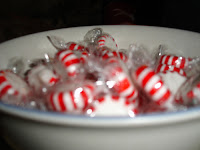 Because stupidity really bugs me...

As most of you probably know, American Airlines recently announced that they were going to begin charging $15 per checked bag on all domestic flights. And the Wall Street Journal notes that the other major US carriers are likely to follow suit.

Now there's an unwritten law of retail that says you can never take anything away from customers without majorly pissing them off. Not even the free bowl of mints next to the cash register. (The "why" on this isn't hard to figure out: people see these dimunations in service as being punitive.)

So if I were running an airline, I'd jack up the fares by $15 across the board. (I mean given how much they've risen already, it's not like anyone's going to notice) and then give a $15 break to anyone traveling without checked baggage. Call it a "Green Credit" or something and make it seem like you're rewarding them for being environmentally friendly and helping to reduce the airlines carbon footprint and all.

It would get you a whole lot of good press, make Wall Street think you "get it" and (most importantly) not piss off the bulk of your leisure traveling customers.
at 12:24 PM