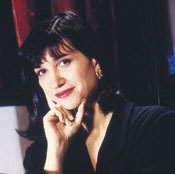 The always excellent Barbara Lippert had a great column in Adweek yesterday about this year’s award shows that questioned why ads like the ones for Cadbury and Sony Bravia were winning all sorts of honors and being heaped with all sorts of praise.

Her point, with which I wholeheartedly agree, is not that these are bad ads. In fact, they’re very good ads, which any agency would be proud to have on their reel. But given that the standard for a D&AD Black Pencil is “a piece of work or campaign that is truly groundbreaking; the kind of work that redefines a medium” Lippert wonders:


So how exactly did "Play-Doh," for Sony's Bravia TVs, meet those exalted criteria, given that it's the third iteration of the same idea for selling "color like no other" and features Rolling Stones music first used to launch the original Apple iMac 10 years ago. And then there's the surreal appearance of hundreds of multi-hued bunnies that many bloggers immediately jumped on as an obvious "borrow'' from the Los Angeles-based artists Kozyndan.

For that matter, what's up with awarding the Black Pencil to Cadbury's "Gorilla"? Sure, it's an entertaining and smartly executed spot. In fairness, though, where's the idea, if not the connection to Cadbury? It comes down to a guy in a gorilla suit playing the drums. By those standards, America's Funniest Home Videos is enormously groundbreaking as well.

And her point is well-taken. There’s absolutely nothing ground-breaking about these spots. They’re well-produced and entertaining, but deliver the typical unrealistic overpromise that’s come to define the past sixty years of advertising.

Looking at these spots through the prism of The Real Digital Revolution, the Sony spots build awareness for the Bravia LCD TVs. And while the spots promise all sorts of beautiful colors, online reviews tell another story: CNET gives the Bravia a 7.0 out of 10.0, while Sound & Vision magazine notes: Its black depth and shadow detail fall short of what I've seen from the best plasma sets. So the consumer, having just watched this extravaganza, is likely left wondering if they’ve been sold a bill of goods.

Lippert ends the article by talking about the “Whopper Freakout” campaign from CBP, which she correctly praises for its authenticity. It may have been a stunt, but the consumer reactions were real. No one is promising you anything, let alone overpromising.

And while the idea itself is at least as old as the “we swapped Folger’s coffee for the coffee in this fine restaurant” spots of my childhood, the return to authenticity is actually fairly groundbreaking and much more in line with today’s consumer mindset.
at 9:44 AM