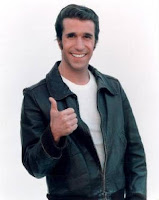 So it looks like LinkedIn may have jumped the proverbial shark.

I’d noticed it over the past few weeks: invitations were coming in from people I had zero connection with. I mean like just about everyone else, I’ve gotten the occasional invite from someone I’d known years ago, someone it took a few hours to remember exactly how I knew them. But these were different: complete strangers who somehow thought being LinkedIn to the likes of me would benefit their careers.

And then yesterday I noticed a question from someone who was shocked by the idea that people he didn’t know but wanted to network with were turning him down. Along with two dozen or so answers in support of his position. Now granted the questioner and his supporter were all entrepreneurs for whom networking was a key part of their business plan, but still: their argument seemed to go against everything LinkedIn based its appeal on.

Let me explain: for me, and I suspect many others in my position, LinkedIn was a way to collect all the people who could vouch for you. And while I realize that LinkedIn does provide an actual separate recommendation mechanism, the assumption was that if John Smith and Jane Doe were “LinkedIn” you could safely reckon that they’d each have something positive to say about the other: in other words, no one was linking in to their enemies.

It was a great way to check on potential hires, to find old friends, and to discover connections between your various friends that you hadn’t realized existed.

But it was all based on the assumption that people actually knew everyone on their LinkedIn list. Once you take that away, you’re left with a not-very-valuable list of people with nothing better to do than waste time collecting scalps.

Now in their defense, LinkedIn has made it pretty clear from the get-go that connecting with random people in not the purpose of the site. They have little reminders all the time to only link in with people you actually know and the value of doing so. That said, I was surprised that no one from LinkedIn jumped into that answer thread to rebuke the promiscuous linkers, lest the site become as useless to business people as say Facebook or MySpace.

And speaking of Facebook, if you want any further proof of it’s lack of appropriateness for most business networking, you need look no further than the recent popularity of Werewolves, Zombies and Vampires. A fun thing to play with your friends, no doubt, but you probably don’t want to go biting someone you’re about to close a $50 million deal with.

Now none of this needs to be fatal to social media sites, but they do need to figure out a way to keep some value. Just a simple mechanism to divide between social connections and business connections and/or people you actually know and people you don't know.

When I got to my email this morning I spent about an hour trying to figure out who the two LinkedIn invites I received were from before giving. I still don't know.

That is the issue with social networking sites. Inevitably they devolve into virtual scalp collecting by a few people who are trying to leverage there connections into a gain for them or from people who are just vain and need a lot of connections to feel good about themselves.

There are two types of scalp collectors.

The type you mention, who just want to prove how many cool ad guys they're connected with.

Then there are the consultants out in Boise, who've read too many books about networking and who spend all their time trying to get a friend of a friend of a friend to include them in their network, just so they can fill the quota outlined by whatever business self-help book they are reading at the moment has set for them.

Neither is very helpful to the likes of you and me.