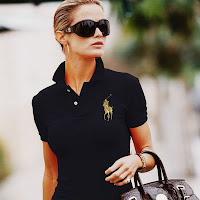 Those of you who are frequent readers of The Toad Stool know that the widening class divide in America has long been a favorite topic of mine. I’m one of the few geeks who anxiously devoured Danah Boyd’s epic study Viewing American Class Divisions Through Facebook and MySpace.

But I was reminded of Boyd’s work the other day as I was reading Ian Schafer’s recap of SXSW panel discussion on “What Teens Want Online & On Their Phones.” The teens in the study reported that they didn’t use IM and preferred MySpace to Facebook. This runs contra to most of the anecdotal evidence I have (from relatives and the teenage children of my friends and neighbors in our upscale NYC burb.)

I suspect that much of that difference is rooted in the class divide. Teens who have their own computers in their own rooms are more likely to use IM, which they can do privately. (Privacy being the driving factor in all teenage communication sessions.) Whereas teens who are using the single “family” computer that sits in the kitchen or living room are not going to want to conduct conversations in full view of their parents and will spend most of their time texting, which they can do privately.

Having one’s own computer is a completely different experience as well. It means you can have an intensely private experience, one that’s very different from the experience you’d have on a shared machine. And given the popularity of the MacBook among BoBo teens, that intensely personal experience can happen just about anywhere in the house. This is a very significant differentiator for teenagers, for whom (if you remember back to your own youth) something as innocuous as checking the weather forecast can take on serious privacy issues.

Mobility is another issue: texting can be done from just about anywhere and given that teens are far more mobile than desk-bound adults, this takes on greater importance. The inability or unwillingness of cellular providers to port IM programs to mobile devices is also at play here.

The other issue the panel discussion touched on was MySpace vs Facebook, with more panelists having MySpace accounts than Facebook ones. Now Boyd’s thesis states that Facebook is the network of choice for college-bound high school students, especially those with mainstream interests and parentally approved extracurriculars, while MySpace was the destination of choice for working class kids and the outsiders among their more affluent peers.

Again, my own anecdotal (as opposed to scientific) evidence seems to bear this out. None of the teens in my “control group” are active MySpace users – they’re all on Facebook, collecting friends, joining groups, adding apps—different groups and apps than adults, but they’re using it nonetheless. And questions about MySpace seem to invoke the same expression as questions about WalMart and other things hopelessly downscale and uncool: as Boyd's study showed, there's a clear demarcation in their minds between Facebook and MySpace users.

The implications are pretty major. There was a period, right around the time cable went mainstream and everyone watched MTV, that American teens all enjoyed a pretty identical experience, regardless of where they lived or how much their parents made. (Carson Daly, the great leveler of class divisions.) There was one pop culture, which meant one generational touchstone-- even online, AOL had mass appeal.

But the current bifurcation means that our class divisions start earlier on. That the children of the BoBo-ocracy enjoy one type of online experience, while the rest of America experiences another.

How this plays out as they reach adulthood will be worth keeping an eye on.
at 3:52 PM