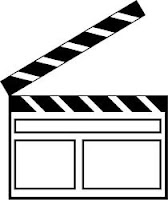 I have a cousin who's a college freshman and I sometimes check out what he's up to on Facebook, just to see what the kids are up to these days and all.

Mostly he's just joining some group specific to his particular university or one of the many "Brandon lost his cell phone again. Send him your numbers" groups his friends seem to form. (Don't these kids know how to save their address books to their computers?)

But this week I gained an insight into how kids are using the new media landscape to make and promote their own films these days. It's an enlightening look into how a process (film making) that used to require a series of overloaded credit cards, a rich relative or both-- is now accessible to just about anyone with a video camera and a computer.

Some friend or acquaintance of his has made a film called Silhouettes and Cigarettes that's being marketed as a two hour movie that's also available as webisodes. Now the movie itself is a fairly well done student film with the usual earnestness, angst and got-my-friends-to-help-out acting-- but what's fascinating is the marketing these kids have already done.

There's a YouTube group where you can watch the webisodes. A Facebook group with various updated versions of the movie trailer. And a website/blog where you can comment and follow the film's progress along.

Now as someone who spent much of college writing short stories on a word processor (remember those) and passing around increasingly frayed copies, this represents a quantum leap in technology.

It's also probably the future of "user generated content" - a way for talented or interested amateurs to get their work out there and let the marketplace decide what's worthwhile.
at 7:44 AM

Kids are wise now and most of them are attached on great activities like film making and promote their own film and make money on it.