Obama and the Fallacy of Conventional Wisdom 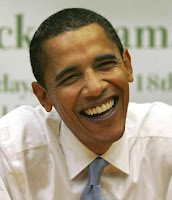 So Barack Obama claimed the Democratic nomination today, and his eventual candidacy is considered a fait accompli by just about everyone whose last name isn’t Clinton. From a marketing perspective, I find his resounding success with voters to be a perfect example of why using research to create an ad campaign or to learn why one product succeeds where another doesn’t can be as effective as herding cats.

I mean seriously, could you have devised a less-likely candidate than Barack Obama?

Had you suggested, even a year ago, that the ideal candidate for the Democratic Party was a young half-Black man from Hawaii with a Kenyan Muslim (e.g. non-American) father who’d spent his adult life among the ultraliberal BoBo elite in Chicago’s Hyde Park and has limited work experience in corporate or industrial America—well you’d have been laughed all the way back to the funny farm.

But here we are.

And without getting into all the gory details, there was something about Obama, some magic that he had, that energized people and made them forget all the reasons they weren’t supposed to vote for him. Even if you can’t stand the guy, you’ve got to give him that much.

So too with products and ads. We can guess all we want at what people really want. Conduct millions of focus groups to find the “right” flavor, the “right” tag line, the “right” execution for the ad campaign. Ignore and dismiss any sort of gut instinct or reaction.

And we wind up wrong most of the time. Because focus groups and research can’t locate and define that magic dust. (Magic dust being the sort of thing you can only find once you've actually seen it.)

But people love their research. (Bless their hearts.) They love having numbers and the specter of a “sure thing.” And nothing you can say will convince them otherwise.

Until, of course, it does.

UPDATE: Changes made to reflect that Obama worked at a Chicago law firm for several years in the early-mid 1990s and is thus familiar with corporate America. This post was not meant to be a referendum on his fitness for office, but rather a look at how he does not fit the profile of the "ideal candidate" as defined by the punditocracy.
at 2:59 PM