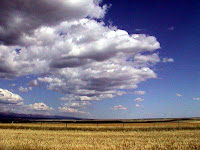 One of the recurrent “silver lining” themes of the current economic meltdown is the notion that our best and brightest minds will no longer be sucked in by the lure of Wall Street and will actually gravitate towards jobs where they can make a difference and impact the culture.

And while no one would put advertising in the same league as teaching or medicine, it does offer a chance to impact the culture.

So how does the industry start attracting the best and brightest once again?

There are several issues that need to be overcome before advertising once again becomes an attractive industry to work in:

Salary (or lack thereof): A combination of shrinking profits and pressure from the ubiquitous holding companies has put agency compensation in a downward spiral over the past two decades. So what was once a road to a very comfortable lifestyle back in the Mad Men days is now a path to just-barely-doing-okay. If advertising is going to be competing for talent with consulting firms, internet companies and Hollywood, there needs to be a pot of gold at the end of the rainbow to attract people long term.

Evil: From the new series Trust Me that’s set in a Chicago ad agency to the 40+ comments on an Adweek story about Ogilvy & Mather, the word “evil” comes up a lot. As in ad agencies have devolved into notoriously evil places to work in ways that few other industries can match. That’s saying a lot. There needs to be a serious reevaluation of the culture of backstabbing and prima donnas and disrespect if we are to attract the best talent, especially from a generation that’s grown up in a culture of praise. Ditto the culture that calls ageism, racism and sexism part of the landscape. That has to stop too.

Relevance: Agencies have stopped being relevant. Much of what they produce is reactive, out-of-date and lacks any real thought process. Hence their reputation for the ability to focus on finding the exact right shade of blue while ignoring the actual purpose of the ad in question. Agencies need to get back to their position as thought leaders, as the people who invent trends and influence pop culture. That means hiring people who can think and actually giving them some authority.

All three of the elements I’ve listed are interdependent. In other words, good people may put up with a lower salary in exchange for a supportive work environment and a chance to do something that makes them famous.

But it does seem like it’s now or never for the ad business.

If advertising, as business, is to be anything more than an interchangeable collection of subcontractors, these changes need to start happening now. It’s not an impossible task. Just one that needs to be acknowledged and worked on.

And Super Bowl weekend, when the ad industry is at the pinnacle of its relevance, would seem an ideal time to start.
at 1:45 PM