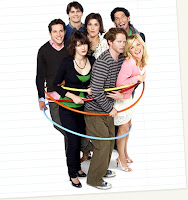 An epidemic of endless retweeting is making Twitter a whole lot less fun at exactly the same time the “Here Comes Everybody” rush to Facebook (allegedly 600,000 people a day) is making that platform a whole lot more fun. And it’s left me wondering what that means for Twitter.

Those of us in social media have all witnessed the recent arrival of dozens upon dozens of our real world friends and relatives on Facebook. Everyone from old classmates to far-flung relatives to current day friends and neighbors seems to be on there. And as this article from Time magazine notes, while other social media platforms encourage people to connect with strangers, “Facebook is more geared toward helping people maintain existing connections.”

That’s a huge plus in our time-starved world and Facebook is rapidly becoming the default way for people of all ages to stay in touch with their real-life friends and relatives, the people who really do care what they made for breakfast and what their vacation pictures look like. Cementing these relationships is enjoyable because interacting with people we know and like is enjoyable. (For the most part.) And the one-stop-shopping aspect of Facebook makes that platform all the more appealing.

Twitter, on the other hand, is becoming a lot less fun.The Carnival Barkers have invaded, as users bent on “creating value for others” and showing off their vast knowledge of social media are turning the Twitterstream into a virtual version of the county fair. Step right up ladies and gentlemen, get your retweets here!!!


“RT: Another amazing insight from the king of insights: http://tinyurl.com/xxx!!”

“RT: The Most Useful Post You’ll Read This Year: 5 Ways To Make Your Tweets Count!! http://is.gd/zzz”

No one seems to have told the Carnival Barkers that there just aren’t 37 brilliantly insightful blog posts being written each day. (Most weeks, we’re lucky to find just one.) And while it’s easy enough to filter out the noise they're making, the resultant atmosphere has a chilling effect on conversation and can make Twitter feel like a giant echo chamber.

But that’s just part of it. Facebook already does all the things that Twitter does: status updates, links and conversation, and it does them better and more efficiently.

I can see links people have posted and rather than the Twitter formula of clicking some oblique is.gd or tiny.url address, I get the headline, first paragraphs and comments others have left about the link before I decide whether to click through to it.

I can chat and email with my friends over Facebook, one on one, which is a much more effective way to have a conversation.

What’s more, I’m sharing all of these things with actual friends, people with whom I have a real world relationship. That means I can put all of their output into context, something I can’t really do with complete strangers on Twitter.

So then what exactly is the point of Twitter?

I don’t have an answer for that one. Right now, the main benefits seems to be that it’s searchable. And that it’s easily accessed from my phone or a free standing app.

The latter isn’t particularly difficult to replicate and frankly I’m surprised that Facebook hasn’t attempted to do so (though I assume that’s what their attempt to purchase Twitter was all about since many people already use Twitter to update their Facebook status.)

The former-- searchable status updates-- falls under the issue of privacy concerns and in reality is of far more value to marketers seeking free research than it is to actual users, who likely prefer their status updates remain private.

Twitter does encourage us to interact with complete strangers and that alone-- the chance to expand our networks-- may be reason enough for us to use it. But I find that most "power users" use apps like TweetDeck to segregate the strangers in their Twitter streams, a functionality that's far less elegant than Facebook's "less about this person/more about this person" options.

So here's my question: if Twitter devolves into a series of personal press releases then who is actually going to read them? I mean it’s one thing to broadcast your own PR, another to spend your day perusing everyone else’s. That feels like work and work isn’t a whole lot of fun. It may be that Twitter works best as a news broadcasting service, similar to the one I mentioned in this post. And that the serial retweeters become just another broadcast channel.

I’m not going to make any predictions here-- the only certain thing about new technology is the uncertainty. But it will be interesting to see how it all plays out.

UPDATE: In talking with commenters on here this morning, it's becoming clear that Twitter's most distinguishing characteristic is the way it encourages connections between complete strangers. If a significant number of people feel this is something they feel strongly about, then Twitter may be able to carve out a niche for itself, despite (or in spite of) its asynchronous follower/following protocol.

UPDATE 2: If you don't feel like reading through 30+ comments: Where we're netting out is we're wondering why Facebook doesn't launch something very much like Twitter using the Facebook Status Updates feature. (e.g. a free standing app that auto-updates a la Twhirl or Tweetdeck.) The difference would be that on the Facebook version, the conversation would be between people who all knew each other, wheras on Twitter it's often between strangers.

My take is that there would be room for both, but the Facebook version would be much more popular, given the over 30 crowd's aversion to strangers online and desire to spend what time they have connecting with their existing networks.
at 8:09 AM