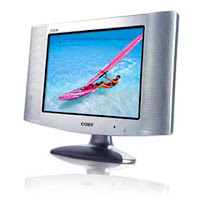 As per my Marian Popcorn post, I wanted to add that one of the things that's going to help with TV's resurgence is the tight election race(s) and Beijing Summer Olympics.

With every primary poised to change the equation for both parties, people are going to be turning to CNN and NBC for their news, preferring the group hug feeling of mass media (as well as the immediacy and credibility).

At the same time, they'll be listening to various experts explain what this all means, which will remind them that there are usually valid reasons that people are considered experts.

And when they're not watching Hillary and Obama duke it out, they'll turn their attention to the Beijing Olympics. And while sporting events can be recorded and watched later on, doing so definitely takes some of the fun out of it.

Now mind you, I'm not predicting the death of online or even a bad cold. Just saying that the confluence of events will remind people (and marketers are people) that television still plays a very large role in our lives.
at 2:55 PM

Thing about this though, last time around, the internet stole TV's thunder and their ability to cover the games with realtime results. Be interesting to see if the networks can resolve this issue.

thing about those "tight election race(s..." Lou Dobbs recently did a poll asking the polled: are you fed up with all the political coverage? do you think it's just too much?

on the web, you can find find hundreds of news, infotainment, entertainment sources and bookmark them to check on later. TV just appears too static by comparison.

and ALL those commercials just get in the way .....

@LD: I definitely agree with you that the web is a better tool for in-depth and day-to-day political stuff.

My reference to TV in terms of all those upcoming Tuesday nights when all anybody is really going to want to know is "Who won?"

Right now, we're still letting CNN, NBC and the like make that call. And watching it unfold on TV is infinitely easier than constantly hitting "Refresh"

you really think anyone that needs to THAT quickly is watching TV? they've got an earpiece on and are getting the intel straight from the source...

everyone else, i think, is just waiting for the interruptions and commercials to be over so they can get back to their shows...

I may be standing corrected.

i was talking to someone from NBC last week and they said that they will broadcast/webcast more content this olympics than in ALL previous olympics combined. ie, nothing will be edited out.