Clicking Through The Internet 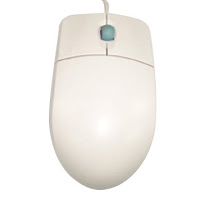 “Clicking Through The Internet” is the name I give to the phenomenon whereby normally intelligent people at both digital and traditional agencies decide that people will find their cool new flash microsite without any sort of external driver. It’s as if the internet were a giant cable TV line-up or magazine and the consumer will be clicking through it, land on the microsite and magically become entranced.

I mean seriously, I have heard, on numerous occasions, people refer to a site’s “stopping power” as if I would have landed upon it quite by accident and not on purpose.

This delusion is leftover from pre-internet days when people would indeed be clicking through a cable line-up or flipping through a magazine and an entertaining and eye-catching advertisement was the only way to grab their attention. As such, it’s become so firmly embedded in the belief system of most agencies as to be virtually instinctual.

But it’s a bad habit we desperately need to break.

People only go to your website—anyone’s website—for a reason. And they go there on purpose. Not by accident. The website has to provide them with some manner of utility. Now “utility” (which is fast in danger of become adland’s most overused buzzword, right up there with “storytelling”) can take on many forms. It can mean a site like NikePlus or Domino’s Build-A-Pizza that lets you do something useful. A contest site where you go to try and win something. A special offer coupon. Even a site that has some sort of fun and unusual game of the sort that I can’t find in a superior form, unbranded, elsewhere on the web. (That last part is critical—again, too many ad agencies fall into the trap of creating inferior replicas of games that exist elsewhere and are shocked when nobody wants to play them.)

However you create utility, there has to be something in there for me, your customer. Otherwise, why would I bother to go there? I mean I have to at least glance at your print ad in order to get to the next page of the article I’m reading. But there’s no equivalent online. I can ignore your site forever with no consequences.

So that’s step one. Step two is actually promoting the site. You see again, most marketers and their agencies make the mistake of assuming that their customers are clairvoyant and will immediately intuit that they’ve built a special microsite.

You know what? They’re not.

Your site is not going to “go viral” either. (And don’t get me started on the ways that term is misunderstood.) You need to promote it. A few weeks back I posted a TV spot from the UK for the new VW site. It was all about why you would want to go to the site and what you could expect to find there. That’s the sort of thing I’m talking about and ever since Web 1.0 went belly-up, we’ve been afraid to go there.

Which is a huge mistake.

People don’t separate their lives into online and offline components and your marketing shouldn’t either. If you’ve got a really great microsite, there’s nothing wrong with running a print ad to promote it. And by “promote it” I mean promote the actual site. A print ad for your brand with a throwaway line (if that) and website address at the bottom of the page isn’t going to do it. Everybody’s got a website. I need to know what’s in it for me if I go to yours. Which is a lot more utilitarian than the high-level branding messages agencies prefer doing (and award show judges prefer rewarding) but it’s the price of entry if you want people to start visiting your site.

And the more people visit your site this time, the more money you’ll get from the client to build one next time out. You’ve just got to remember they’re not going to find it on their own.
at 10:33 AM

Labels: Buzzword Of The Month Club, Your Brand Is Not My Friend

"Your site is not going to “go viral” either. (And don’t get me started on the ways that term is misunderstood.)" Please, do!

You mean build it and they will come doesn’t work?

what if the site is like, double super cool? They'll come then, right? :)

as you know, that's the whole premise of my agency: earn your audience.

but when you've had your audience handed to you on a plate forever - as ad folk have - the old audience-building muscle don't work so good, does it?

ad people need to understand that the internet means a torrent of brilliant and amazing stuff at your fingertips all the time. how do you compete with that? that's hard.

content has to be promoted. hollywood gets this. if the attention of the world was suddenly available for free, Rupert Murdoch and the google guys would be paupers. clearly not the case.

this is the same person that walked away from your full-page WSJ ad, your billboard in the center of downtown, your 15 pcs. of mail that showed in their mailbox this morning.

give them something interesting and smart to look at and you might hold their attention for 10 seconds.

Mossberg said in a recent talk with corporate heads, on the subject of consumer outreach: "not everyone wants to buy a tampon, or a truck. you have to focus your efforts." (paraphrased)

advertisers haven't gotten that point generally. they really do still pitch the "if you build it, people will arrive in droves" scenario and clients never ask the all important "how?" or "why?"

check it out here:

@MTLB & Paul M - Not even if it's quadruple super cool.

@TSR - excellent point about having your audience handed to you on a plate forever. That's a huge sea change- the fact that your audience needs to find you, that they don't encounter you in the course of their day-to-day life.

@LD: I'm a big fan of Mossberg and his tech reviews. What in particular are you referring to here? The link to his page only brings us to some product reviews and an essay on why DSL isn't really broadband.

All makes sense to me, well put.

I only take issue with one small thing: Creating utility. Not to be semantic, but utility is a measure of the satisfaction one receives from something. We don't create utility, we can create something fun, entertaining and even useful, such as your Nike+ or Dominos examples.

For the record, I realize I'm being "that guy", the asshole who goes semantic . . . Sorry about that, I guess I'm just sensing, in the same way you are, that the whole utility thing is getting a bit played out. What's more, I think by calling it "utility" it's taking away from what utility actually is about: Delivering something that will leave people feeling like they used their time as wisely as possible.

Not sure if any of that makes sense . . . it's more of a rant than anything else. Thanks for humoring me Toad. :)

I think for the ‘new millenium’ it’s more like: QuadraCool™

@Noah: No need to be apologetic- you raise an excellent point. Using utility the way I did- as shorthand- is dangerous because it leads us down the "viral" road where people actually believe that you can create something that's viral (as opposed to creating something you hope becomes viral)

Utility, as you note, is in the eye of the beholder, and so at best, we can create something that we think people will find useful, thus giving them a reason to visit our site.

Thanks for pointing that out - it is an important distinction.

I like your last point of promoting the microsite and it's unique offering, with much less attention on the umbrella brand. In my case, as soon as I see a recognizable brand name or logo, the faster I turn the page, continue on, or look away. It's as if quick recognition is an attention deterrent, if that makes sense - kind of antithetical to branding logic, but much in line with your "Brand is not my friend" reasoning.