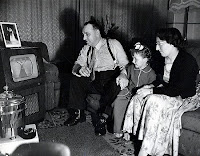 TV and Social Media have a lot in common as advertising vehicles: both are primarily branding devices that result in a positive feeling about a product, service or company. In other words, no action is required beyond “love my brand.” The inability to know exactly how (and when) this love actually influences consumers has lead to the creation of an entire industry devoted to testing TV commercials. Though the techniques they use are questionable at best and generally lead to uninspired creative, few spots for major brands make it on the air without running the testing gauntlet. And ad agencies themselves are to blame: testing commercials creates revenue. The more spots you test, the more money the agency makes. All in the name of “learning.”

Now those of you in the digital arena may be unaware of the amount of snake oil involved in testing TV spots, so let me give you a quick spin through one of the most popular methods: you and a group of your friends are invited to view what is billed as the preview of a new TV pilot. You are seated in a large movie theater-sized auditorium where you watch the show, which includes commercials. Afterwards, you are given a questionnaire that asks you about the commercials you saw. Not the show. The commercials.

Now having observed a number of these, I can assure you that most people spend the commercial breaks chatting with their friends or retrieving a new piece of gum from their pocketbooks. They are decidedly not paying attention to the commercials.

So what commercials do they remember? Ones that repeat the name of the product several dozen times. Loudly. To wit: my very first job in advertising was at a big traditional shop. And it was a rule that any commercial subject to testing needed to have the name of the product repeated a certain number of times throughout the spot as well as during the crucial first 5 seconds (after which time the consumer would presumably tune out.) Those were the spots that tested well.

Now this seems pretty common-sensical: I mean if you’re not paying attention to what you’re watching because you’re in a movie theater-like auditorium talking to your friends and there’s a spot that screams “Yummy, Yummy Dannon Yogurt!” about two dozen times, you’re more likely to remember that spot than the charming and clever one you’d likely watch back in your living room, but which saved the mention of the product name for the end super title.

The takeaway from this (and the people who run these testing services lovelovelove that word “takeaway”) is that as we move forward with developing social media metrics, we need to take care not to replicate the mistakes of TV metrics. We need to ensure that the methods we use do not reward the merely annoying and interruptive, but instead measure and reward the engaging and beloved. This is especially important in the social media space where consumers have to want to actually engage with you and where the relationship will be a lengthy and ongoing one.

Because in social media, Your Brand Is Not My Friend.™
at 5:18 PM

It is actually amazing how many commercials are just creative and not effective. I have a feeling that 90% of the ad industry doesn't know the importance of havin the name or logo in first 30% of the ad.

Sample (funny, creative and all):

I think there's like 80% of such ads these days?

Excellent synopsis. As you state, testing is often misused, the results are often misinterpreted, and the consequence is often uninspired creative.

The Internet, including social media, gives us a lot more data to work with, more efficiently than TV, but that, in itself, means nothing if we don't use it properly.

"Your Brand is Not My Friend™"