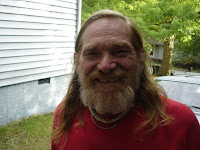 There's an article in today's New York Times about marketing to seniors that's one of those odd pieces of marketing journalism I can never figure out.

The piece, which will be read by a great many people, since it is featured in the popular Week In Review section, goes on for about a half page without ever once quoting someone who works for an ad agency, marketing consultancy or actual client. Instead, the reporter relies on quotes from professors at MIT and Quinnipiac as well as some folks over at AARP. (American Association for Retired People).

Now the article is rather broad and makes some very unsurprising conclusions (old people don't like to be referred to as "old") but still-- you'd think someone would have bothered to consult someone who actually works in the business. And while I can't recall any other specific examples, this is certainly not the first time I've read an article in a well-known national publication that relies on a bunch of college professors for insight into marketing issues. So either we have no perceived authority on our chosen profession or the reporters are really, really lazy.
at 1:30 PM

My guess is that the reporters tried to Google a few agencies and got put off by how hard it is to find the average agency's Flash-heavy site...though that comment could be driven by internal squabbles at my agency over how much we should optimize for search engines, etc and so on.

Bottom line: I blame the reporters. It is easier to just pick up on some academic white paper as a basis for a story and not work too hard to verify it. To most readers, a professor's opinion holds.

I just finished reading the Style section myself, Toad. Perplexed as you & daily biz are as to why the good Mr. Duhigg couldn't dig up an actual source. Couldn't he have e'd Stuart Elliot for a live name or two?

Imagine if the piece were about politicians appealing to aging voters and the only quotes were from profs of political theory.

Jane Sample (dearjanesample.com) was sourced yesterday in a Canadian national paper. Perhaps more bloggers will achieve status in the minds of old-media journalists, or at least those too weary or harried to pick up a phone.

i think daily biz got a bulls eye with the comment about most people being impressed with a professor of _____ saying something as opposed to joe friday, marketing director.

the academicians seem to hold up well as people who know what they're talking about, whatever it is, whilst those in the advertising game don't fare so well.

granted, the reporter should have done a better job of writing from various sources to round out the piece, but maybe e just went to a source he thought wouldn't derail most people?

Interesting. Reminds me of something that happened last year. I was contacted by a college professor who was writing a book about a client I had done some semi-prominent spots for in the past. She had all these theories about how this client had changed the way it advertised over the years and wanted to get my take on it. I had to point out that advertising styles and approaches have always changed to reflect the times, and that every client eventually follows suit. It was the first time she had considered that maybe this client wasn't just looking for new ways to manipulate people as part of their own evil plan, but that it was simply keeping up with the culture, that their marketing was evolving along with every other client's. Such a simple thing and she hadn't even considered it. Guess I schooled that professor. (Sorry. Couldn't help myself.)

@FATC: "It was the first time she had considered that maybe this client wasn't just looking for new ways to manipulate people as part of their own evil plan,"

Yeah, that's the problem with academia - they really have no sense of the high level of incompetence found within the average corporation. Much easier to see them as evil, I guess.

Absolutely. I'm not anti-acadamia at all, but it really struck me how surprised she was to find out just how dumb the whole agency/client process really is, that it is not the well-oiled manipulation machine she thought it to be.

One more reason we can't let our collective voice be that of the buzzword spewers and Planners run amok, I guess. Otherwise, the perception is that this is all a science.

And here I thought research had it's heyday in the 60s, Ted Bates and all. I'm starting to think it's actually now. (Shudder.)